Akume at war with Everyone 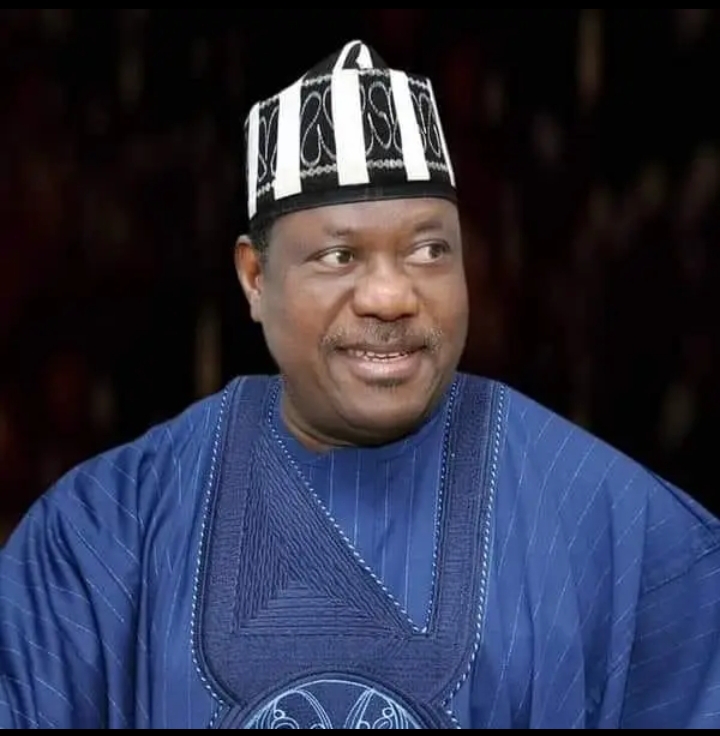 Even within his household, Akume has a perennial fight to settle between madam Regina and his girlfriend (his 3rd wife) Becky. The two women have been engaged in a heated rivalry of supremacy. Mama Regina’s latter-day decision to contest the Gboko/Tarka House of Reps election was because Akume had given Becky the APC ticket for Gboko East State Constituency. Regina was said to be visibly upset and vowed to grab the Gboko/Tarka ticket or spill the beans for her husband and APC. Akume could not stop her.

His latest battleground is against stakeholders of Benue South senatorial district over his insistence to impose Sam Ode as deputy governorship running mate. The Zone C APC elders led by former President of the Senate Ameh Ebute have petitioned Akume to the National Chairman of the party to intervene and caution the minister. The reason he did not pick someone from Benue South as governorship placeholder and opted for another Tiv person was because he knew that if he chose a Zone C person, such a placeholder would later refuse to step down for Sam Ode.

APC is in deep crisis in Benue State. About 97% of governorship aspirants on the platform of the party have gone to court to challenge the charade that was APC primaries. The likes of Gemade, Aondokaa and Shija have been insulted by Akume’s boys and they have made up their minds that nothing will make them withdraw the lawsuits against the suspended priest who was rigged in as candidate.

READ:  Christians In Kogi State have Been Urged To Always Imbibe The Spiritual Lessons Of The Easter Period.

Akume is very vindictive. He doesn’t forgive. He is also very selfish. He wants to be the only influential Benue man alive. He ruled Benue State for eight years but does not want to see another Benue son serve two terms as governor. He brought Gabriel Torwua Suswam but even before Suswam could finish his first tenure, he recruited Suswam’s kinsman, Prof Steve Ugba to replace him.

Senator JKN Waku was one of the most outspoken and articulate senators of his time. The man Akume did everything to see that Waku lost re-election in 2003. He brought in Dr Joshua Adagba who later died in suspicious circumstances. This same man recruited Fred Orti to fill the vacuum created by Dr Adagba’s death. He knew he was going to take away the seat so he never wanted a strong occupant of the Senate seat. He achieved his aim by pushing Orti aside in 2007 to go to the Senate himself.

The man Senator George Akume is a true or wan iyuhe (sadist). He does not want any other Benue person to do two terms as governor. This is why he tries to remove anyone who occupies the office after the first term. In 2018, he got huge money from Abuja and bribed some Benue State Assembly members to remove Governor Ortom. Only eight of the lawmakers accepted the money and plotted to impeach the Governor. The rest of the 22 members rejected Akume’s looted funds and stood with Governor Ortom. Akume disgracefully lost the impeachment attempt. His stooge, the then Speaker of the House Terkimbi Ikyange with the House majority leader Benjamin Adanyi and the other rebellious members were suspended and lost their positions in the house. They never regained their positions. Their master Akume too was rejected during the 2019 elections and evicted from the Senate.

Akume hates those living in internally displaced people’s camps. He has never visited any of the camps or sent relief materials. He has often accused Benue people of killing themselves. This is why stakeholders from the state have been giving Akume heavy knocks over his betrayal with reckless utterances. Take a look at what the groups said below:

“Akume’s desperation to please Mr. President has blinded him to the point of forgetting history. He accused Ortom of being incapable of handling Benue resulting to violence and deaths. But Akume must be reminded of the terrible death of Mr. Azua Ishoribo, his younger brother who was slaughtered at Wannune – Tarka, his legs tied and his body thrown into River Benue.
We hope the Minister has not forgotten the unprecedented killings and destruction that took place in Tarka, his local government, Kwande, Gboko and other areas in the Tiv land during his tenure as governor. Was Ortom responsible for all those evil visitations on our lands at that time?
Of all the pictures painted above, our knowledge of the person of Senator Akume detects that we be less bothered about him but his call for a State of Emergency in Benue State is our concern. Here is a man who has been shown much love by Benue people in the past but now wants to demolish democracy in his state. Is it because Akume was overwhelmedly rejected at the polls for his 4th term bid to the Senate that he resorted to a call for a State of Emergency which is a call for anarchy?”
⁃ Jemgbagh Unity Forum (2021).

“It is sad that Akume and his cohorts seek to trample on the pride of Benue to sing praises to President Buhari and his administration that has failed to secure the lives of Benue people.
“We want Akume and his group to remember that human life is sacred. The lives of Benue people are precious and as mothers, we will rather die supporting our Governor than being beggars”.
⁃ Concerned Benue Mothers (2021).

“It is unfortunate that the Minister from Benue, George Akume, who holds a vital position in this regard, and one of the signatories, Benjamin Adanyi, a Member of the North East Development Commission, could not make a case for Benue IDPs but chose to play politics with their plight. It is also worthy to state that none of the signatories to that press conference, as well as the APC leader in Benue State, George Akume has ever visited any of the IDP camps in the last three years. We, therefore, wonder why people without empathy can speak for the victims they never catered for nor ever sympathized with.”
⁃ Ihyarev Elders Forum (2021).

The above knocks from Benue stakeholders aptly capture the nature of the man George Akume. He is desperate to install his stooge, the suspended priest as governor in 2023 forgetting that he insulted the Holy Spirit. Akume and his renegade priest have failed even before the election year.