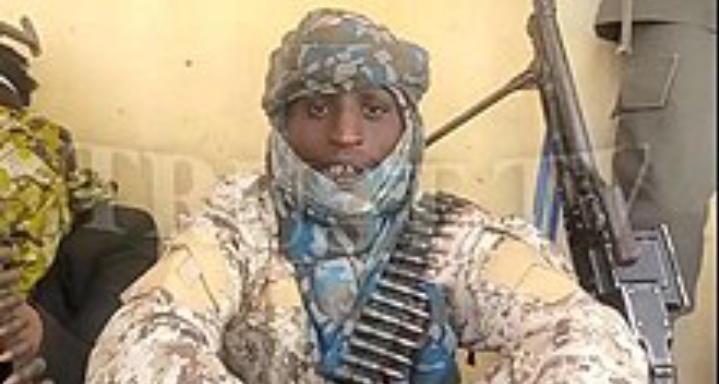 Turji led a bandit gang on 2022 Zamfara massacres, almost 200 people including women and children were killed.

Turji was raised as a Fulani cattle herder without education. He claims that some of his family’s cattle were stolen by a pro-security forces vigilante group called the Yan Sakai who also murdered six of his siblings. Turji also claims his father tried to sue the Emir of Zurmi (to whom the stolen cattle were given) but his efforts failed, and that the Yan Sakai killed his uncle.

Turji said in an interview that this had prompted him to take up arms on vengeance against his enemies.

Bello Turji is known to have been responsible for numerous massacres and terrorist attacks against civilians and security forces in the North West region of the country, especially Zamfara and Sokoto States.

In September 2021, the Yan Sakai attacked a mosque in Gwadabawa, killing eleven people. Turji responded by leading his bandits towards a market in Gonroyo, Sokoto State.

READ:  Dekina: SSA On Security Matters To Gov. Bello Leads In Fight Against Drugs Abuse At The Grassroots

The bandits entered the bazaar and opened fire, killing at least 50 to over 60 civilians. In December 2021, Turji’s forces attacked a bus in Sabon Birni, setting it on fire and burning the passengers inside to death.

Turji was the mastermind behind the slaughter of over 200 people in Zamfara state in January 2022.

Reports say Bello Turji is a rival of another bandit leader in the region.

Turji believes that Fulani people are being subjected to genocide in Nigeria, and has justified his actions as being reprisals against attacks on Fulani bandits and civilians.

Turji claims to be a practicing Muslim and a close friend of Islamic scholar Ahmad Abubakar Gumi, Turji has enforced chosen elements of sharia law on the towns he controls. Despite evidence, “strongly denied” inquires about his relations to Boko Haram and other jihadist groups, insisting that his goals are unrelated to religion.

Some of his officers have alleged that he celebrates Maulid, which is not permitted under Salafism.

Bello Turji is one of the best known Nigerian bandits, and enjoys a heavy amount of publicity from the media. A popular Hausa-language song in Nigeria depicts a man singing while chanting women in the background describe the bandit as a “hero among heroes.”

How Bello Turji repent to protect the interest of Nigerians and turned against former terrorists comrades.

The most recent news has it that the bandit Kingpin Bello Turji has finally embraced peace in Zamfara State.

A notorious bandit kingpin Bello Turji has embraced the peace initiative of the Zamfara State Government as part of efforts to end banditry in the north-western state.

Deputy Governor of Zamfara State, Senator Hassan Nasiha, disclosed this during a conference on security in Gusau, the State capital organized by the Students Union Of Medina University.

Nasiha commended Turji for deciding to shun banditry, saying his action is bringing about relative peace in the three local government areas which were hitherto the frontline of banditry in Zamfara State.

According to the deputy governor, for the past five weeks, there has not been a clash between the Fulanis and Hausas in Birnin Magaji, Shinkafi and Zurmi Local Government Areas of the State as a result of the dialogue to broker peace between the two warring factions in the State.

“There were several wars which fought but that did not stop the parties involved from dialogue to resolve their differences through a peace deal,” he said.

“It is in the light of this that governor Bello Mohammed thought it is necessary to use kinetic and non-kinetic approaches. It would not be a gun battle or a war using whatever weapons between the bandits and the people.”

He also disclosed that the committee constituted by Governor Bello Matawalle chaired him had held a peace meeting with nine bandits’ camps at Magami District and Dansadau Emirate of Gusau and Maru Local Government Areas of the State to stop attacking innocent citizens.

“This is why in the last three months at Magami District, there has not been any bandits attack as a result of the peace initiative with the bandits. The Committee met with nine bandits’ camps at Magami and Dansadau Emirate where the bandits raised their concerns.

“They said the Hausas always attacked and raped their women, killing the Fulanis on their way to or returning from the market. There is no school built for our children, this ignorance pushed them to join in engaging banditry.”

He further stated that Turji, who keyed into the amnesty of Governor Bello Matawalle, is now launching an offensive against the terrorists in the areas to ensure peace and stability returns to the state.