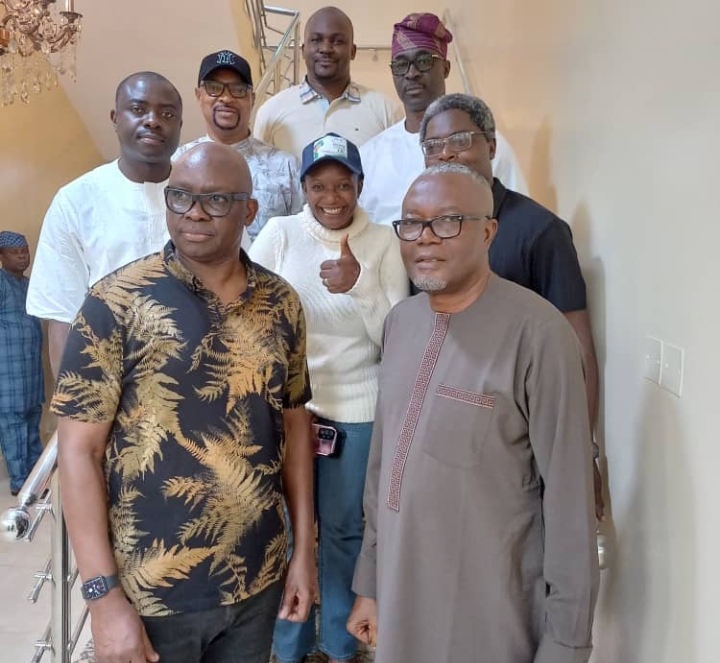 Ahead of the 2022 governorship election in Ekiti State, the high and mighty in the State’s Peoples Democratic Party (PDP) stormed Efon Alaaye on Sunday, as a former Commissioner for Environment and incumbent State Chairman of the party, Otunba Bisi Kolawole flagged off his consultation tour of the local councils in the State on his governorship aspiration.

Former Governor of the state, Ayodele Fayose, who led the consultation tour, told the Alaaye of Efon, Oba Emmanuel Aladejare, in his palace that he endorsed Otunba Bisi Kolawole for the PDP governorship ticket because he was convinced that he (Kolawole) has the required experience and competence to govern the state.

Kolawole, from Efon Alaaye in the Ekiti Central Senatorial District, was a former House of Assembly member from 2007 to 2011 and Commissioner for Environment under the administration of Fayose between 2014 and 2018.

Fayose who stormed the ancient town alongside other party stalwarts had headed straight to the palace of the Alaaye of Efon, Oba Emmanuel Aladejare, where Kolawole and his wife were presented to the monarch and his chiefs, with prayers offered by the monarch for the success of the aspirant.

The former governor, who described contest for the PDP as family affair, called on members of the party to unite and “see ourselves as one even in contest”.

He admonished supporters of Otunba Kolawole to avoid abusing any of the other aspirants, saying the campaign must be issues based and though he was sure Kolawole will emerge as the PDP candidate, he will support whoever wins the primary election.

Thereafter, the former governor moved to the venue of the event and announced the endorsement of Kolawole to the Efon Alaaye community, urging the community to support him.

Addressing the party members, who were mostly delegates, Kolawole said his aspiration was about the good of Ekiti.

“I am just a symbol of the party. That I have been picked and endorsed by our leader, Oshokomole calls for joy and I won’t betray this trust and confidence. However, even at that, no one will be imposed on anyone. There will still be free, fair and credible primary election,” he said.

He said the official commissioning of the campaign office of the organization and presentation of vehicles to coordinators will also take place in Ado Ekiti, today at 3pm.