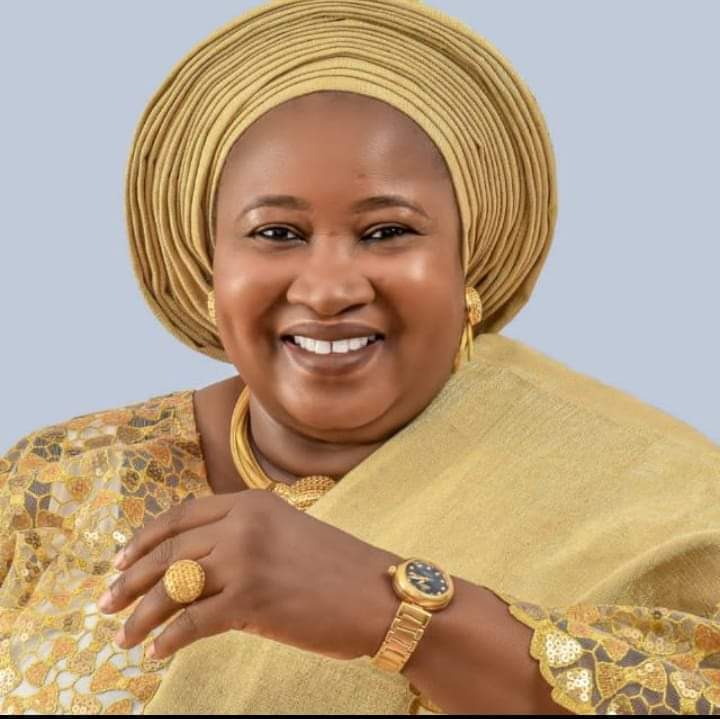 A female All Progressive Congress (APC) leader in Kogi state, who was an aspirant for the Central Senatorial District, Hajia Ramatu Tasalla Shehu Atta has appealed to the APC Presidential Candidate, Asiwaju Bola Ahmed Tinubu, the National leadership of the party, and stakeholders to consider a female running mate for the 2023 presidential  to create a sense of inclusion and gender balance.

In a press statement lshe signed and made available to newsmen on Wednesday in lokoja, Hajia Ramatu a renowned politician, expressed worry that the choice of a running mate for the APC Presidential standard-bearer is taking too long.

She suggested that a female running mate is the best option for now as women are naturally, loyal, supportive, and not too ambitious.

”Following the victory of Asiwaju at the party’s presidential primary election, it is expected that our candidate should by now, be engrossed with his team jointly coordinated by himself and his running mate (not a placeholder) on the strategies for winning the forthcoming presidential election.” Haha, Attah stated.

While expressing her loyalty and commitment to the party, She said it became imperative on her to draw the attention of the relevant stakeholders to critically look at the possibility of a viable Vice Presidential candidate that can perfectly match the Presidential to win the 2023 election.

She called on the coordinating teams, the think tank, and other strategy groups of the party, which includes Asiwaju and his inner team, governors elected on the platform of the party, and the National Working Committee, NWC to take a look at one area of the search which has often been overlooked.

According to the former Senatorial aspirant, the party should consider the female gender in the party as running mate to the flag-bearer.

“With the benefit of hindsight as well as drawing from my field interactions with women during my campaign as a Senatorial Aspirant and coupled with the views of the majority of female aspirants, my honest suggestion and appeal are that a female is considered as the running mate to our candidate to create a sense of inclusion and balance.” She maintained

She explained that the candidate who is also the leader is known as a man of uncommon wisdom and courage who sees farther, better, and one with the ability to see beyond bends and corners.

While describing Tinubu as the Pathfinder of Lagos, Ramatu believes that he can create wider political footprints and usher in another vista in his gigantic political credentials and footage if he gives this suggestion and idea deserving serious thought and consideration.

“There is a growing feeling that our women have been neglected in political considerations and balance as if gender equity does not count. The women could attract victory if they form part of the matrix of the presidential team with one of them as running mate to the presidential candidate of the APC.

“After over 60 years of independence and over 36 years of democratic rule, no woman in Nigeria has ever been elected in any Governorship and Presidential elections – Why is that so? Nigeria being the giant of Africa, should provide the leadership instead of copying examples and templates of smaller African nations.

“Whereas Liberia, Tanzania, Malawi, and Ethiopia, all have African female heads of government at one time or the other, Nigeria is yet to replicate this, despite her strategic position in ECOWAS. A great example is Madam Ellen Johnson-Sirleaf: The Harvard-trained former president of Liberia who went on to stabilize a war-ravaged nation and nursed the nation back to survival.

“Her innate abilities were put to task, rather than her gender. Women are natural builders, nurturers, and managers who easily do well when saddled with high responsibilities and offices. Thus, the women who have held high offices in Africa have contributed so much to the overall development