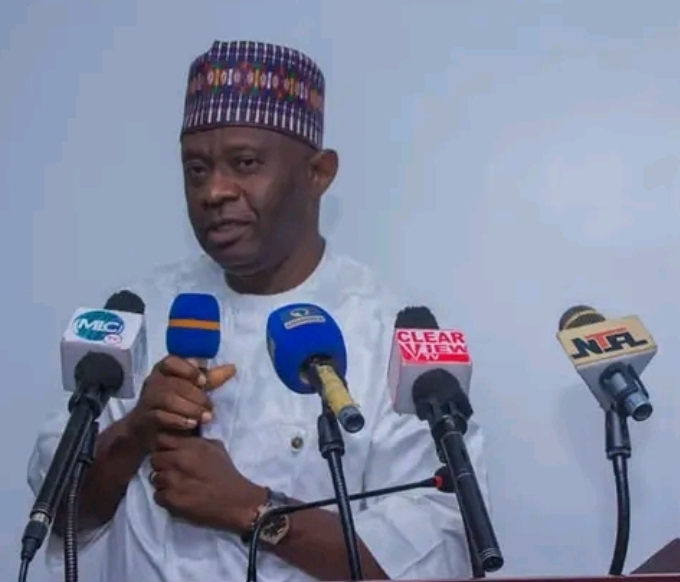 Chief Sunday Karimi is an household’s name in Kogi politics. An astute politician whose touch of excellence has been felt in various empowerment schemes cutting across his senatorial districts and beyound. Currently he is the All Progressive Congress flag bearer for the Western Senatorial Districts of Kogi State. In this interview with newsmen, he speaks on his journey and mission to the senate.

Sir how to u want us to introduce you to the public?

My name is Karimi Sunday (Chief). I am from Yagba West Local Government Area of Kogi State and I had the opportunity of representing Yagba Federal Constituency in the House of Representatives for eight years starting from 2011 to 2019.

Sir, parties activities, campaign to be specific has started. You are aspiring to represent the people of Western Senatorial Districts at the senate. If you come on board, can you tell us what you hope to do differently sir?

My experience in the House of Representatives for eight years would come in handy. Though senate is a bit of a higher calling, but there is no much difference. If you look at our senatorial district now, I wouldn’t say the man there now is not doing his best; but there is a lot to do to improve the lot of our people.

Look at Kabba / Ilorin road, that road is almost cut off from the rest of the country. If it is not fixed within the next one year, there will be no access to our people. If you look at the patches they are putting year in year out in the budget for it, that will definitely not fixed the road. We have to look at getting it done through another means. It is going to be a government thing but I am looking at the option of what was done with Obajana Kabba road where Dangote was given a tax waiver.

There is a lot to do in our nation. When you see the security challenges we have in our nation today, it is alarming and my believe is that the structure of government we are operating is not working. I am one of those that believes we are operating too much of a centralized government. There must be devolution of power. Let the volume of power be added to the state and local government.

READ:  FCTA Flags Off Construction Of 10,000 Public Toilets  In Abuja

Sir there have been series of agitations for candidate of Yagba extraction to emerge at the senate. Do you think the idea is mature for now?

Look at it my brother, Chief Tunde Ogbeha was in the senate for eight years. He represented us for eight years between 1999 and 2007. After that time, Kabba-Bunu / Ijumu would be there for sixteen years by next year. So in fact, Kabba shouldn’t even agitate for it now; but constitution allow anybody to contest. You have the right, just as I have it too. However, the same constitution allow for federal character. So if we are asking that Kogi West should be given an opportunity to Lugard House; it is also desirable that Yagba Federal Constituency should be given an opportunity to the next senate.

READ:  We Must Arrests Looters, If They Fail To Return Those Items, FCT Minister Vows

Somebody from Yagba Federal Constituency should be given an opportunity to be the next senator representing Kogi West Senatorial District. Haven waited for twenty three years, this is our time, this is our turn.

A little digression sir. Currently, Lokoja and its environs are being ravaged by flood. What is your move to ameliorate the situation?

Sir looking at Kogi West and her peculiarities, during you consultations, how would you rate your level of acceptance?

I want to tell you that the receptions have been massive and it is not just about my party APC. It cut across party’s divides . The support has been overwhelming and I believe God, this time around; Yagba Federal Constituency would get it.