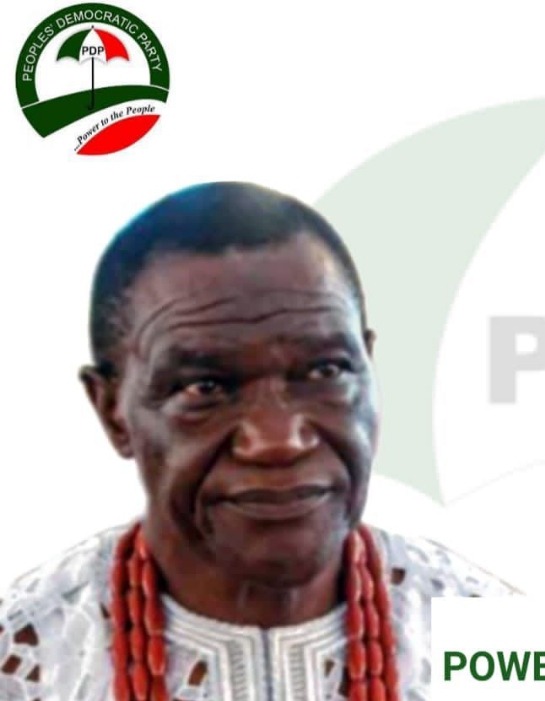 Dr Nnamdi Onochie, ex-Nigerian envoy to Algeria and the Philippines and chieftain of Peoples Democratic Party (PDP), Dr Orefo Nnamdi Onochie, has harped on the urgent need for Nigerians to choose a technocrat instead of politicians to preside over the affairs of the nation.

Oreo Onochie, who last year disclosed an intention to run for the position of President of Nigeria in the 2023 general election, spoke in a worded press statement forwarded to our correspondent on Monday, noted that part of the current problems of Nigeria is the old orientation of the early older politicians who have been used to doing things as usual, especially of benefiting in unusually high quantum for self, family and friends more than the public populace.

According to the ex-diplomat, “their selfless dispositions would be regarded as corrupt and nepotistic. Technocrats recognize that the higher altruistic benefits for the general populace, legitimize their positions and policy programs.

Onochie recalled the current ugly reputations of innumerable politicians especially after the 2015 general election, with the public image of grafters, carpet baggers and immoral personas, opining that the continued remain of such persons in high visible political offices, instigates accusations that Nigeria is for the highest bidders.

He also maintained that the continued remain of such characters reeked of impunity, immorality and recklessness, and does not relay to the public that Nigeria can be redeemed from its current doom and failed state.

The presidential hopeful asked, “What is the difference between a technocrat and a politician? Why is it necessary to distinguish between the two categories? First, the politician is the one whose age-long occupation is the profession of engaging in the art of politics and the governance of a territorial entity. The technocrat has gained immense knowledge of governance from outside of politics before getting into the governance of a territorial entity and is not as immersed and “contaminated” by acts or facts of very early politics. The high necessity for a technocrat as President in 2023 who is carrying or does not have baggage or dirt such as those.

READ:  2023: "I'm into the race to redefine representation of Isiukwato/Umunneochi federal constituency in the national assembly." - LP Standard-bearer, Amobi Ogah

Onochie further recalled and pointed out that the PDP suffered from such defects immediately after the 2015 elections, regretting that President Muhammadu Buhari led APC federal government of Nigeria today has a far worse reputation.

“In eight years, the PDP would have incurred a far worse reputation, from the party revelations that have been made public while they are now in power.

Continuing, the Party Stalwart also wondered, “imagine what would come up when others of higher morals take over. Nigeria will be stunned. We rest for now and insist on a technocrat for our 2023 President.

Onochie however reiterated his promise to put Nigeria on the path of progress wherein the citizens would have access to basic amenities to enhance their socio-economic and Infrastructural welfare and the country at large.

One thought on “Only technocrats can redeem Nigeria from current myriads of challenges, career politicians have failed – Says Ex-Nigerian envoy, Onochie”