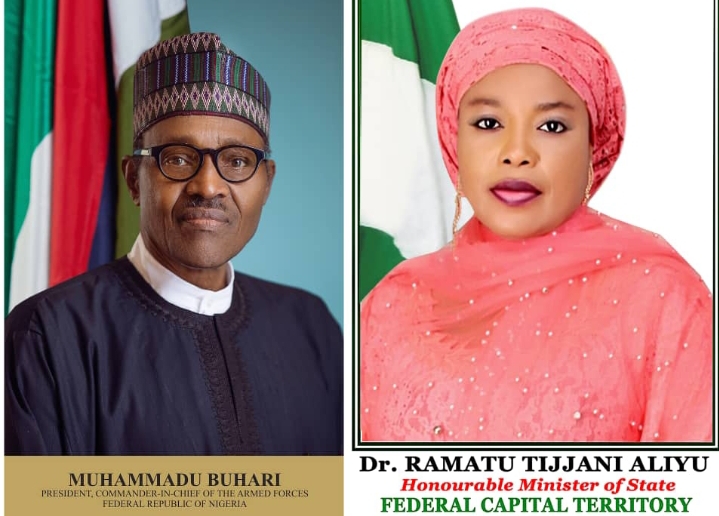 President Muhammadu Buhari, has approved the constitution of three Boards in the Federal Capital Territory Administration.

A letter from the office of the Chief of Staff to the President disclosed that the approval was sequel to a request made by the FCT Minister of State, Dr. Ramatu Tijjani Aliyu, in a letter dated December 21, 2022.

The 14-member appointed to oversee the activities of the FCT Universal Basic Education Board include Prof. Abdullahi Mohammed as Chairman, Sule Alhassan as Secretary, Murtala Usman Karshi as member. Hon. Mohammed Angulu Loko, Adaji Usman, Hassan Musa Mohammed and Haj. Binta Mohammed Mayana, are also expected to serve as members of the FCT-UBEB board.

READ:  Oshiomhole Is Already An Interested Party In Edo APC Guber Primary, He should Stay Away, Obaseki Openly Tells Oshiomhole

While the 12-member appointed to oversee the activities of the FCT Primary Health Care Board include Sen. Usman Jibril Wowo as Chairman, Dr. Isah Yahaya Vatsa as Secretary, Mrs. Sarauniya E. Erondu as Resident member, Haj. Amina Idris, and a representative of FCDA Director.

The boards that will be inaugurated soon are expected to facilitate the administrative process in the FCT Universal Basic Education, FCT Area Council Service Commission, and FCT Primary Health Care Board respectively.