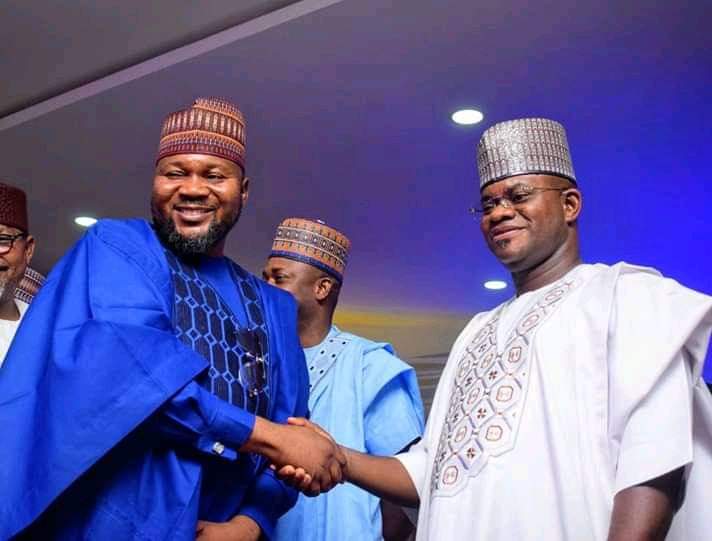 Kogi water Commissioner, Mr Abdulmumini Danga has asserted that Governor Yahaya Bello of Kogi State and a hopeful All Progressives Congress, APC Presidential Aspirant is a servant leader deserving of higher responsibility, given his developmental strides in the State.

By the Law of Nature, the reward for loyalty is promotion.

A distinguished pedigree of the incumbent Governor of Kogi State Alhaji Yahaya Bello is his unalloyed loyalty to his party the All Progressive Congress APC.

It’s an interesting fact that Loyalty, dedication and commitment to the growth and development of his party are among the good credentials of Governor Yahaya Bello.

Since the days of its formation as a political Party, Bello has continually demonstrated practical loyalty to the ideals of APC both at the National and state level.

The Governor has ceaselessly been playing active and prominent roles in the party’s programs, activities and events.

While many APC control States are still battling with the outcome of their various State Congresses, Kogi APC under the leadership of Gov. Yahaya Bello has remained a United, rancour-free party devoid of any internal crisis within its ranks and files.

Yahaya Bello is such an exemplary leader who has bestowed a great deal of peace and harmony within his party formation in Kogi state, deserves to be encouraged by the National Leadership of APC to bring the same kind of peaceful stability to bear at the National level.

Governor Bello has equally engendered all his efforts for the party to record victory at every election in the country since 2014.

No wonder back home in Kogi State, for the first time A.P.C won all the 25 seats in the state House of Assembly and the three Senators from the state are products of the Party. More so Six out of the nine members of the National House of Representatives from Kogi State are APC stalwarts while the twenty-one council chairmen are bonafide products of the party all kudos to Yahaya Bello’s political strategies.

It’s on good authority that Gov. Bello is popularly known and commonly referred to as a dear son of President Muhammudu Buhari because of his unflinching loyalty, support and robust relationship with Mr President.

With his great love and support for his party, it’s only natural and reasonable to reward such a great loyal party man with the ticket to stand as the flag bearer for the forthcoming presidential election in the country.

Such a result-oriented Governor stands out as the best candidate to represent A.P.C if given the party’s presidential ticket in 2023.

Having Yahaya Bello as the flag bearer of the ruling party would be one of the best strategies for the party to win the 2023 election and retain power beyond 2023.

This is because Bello is an unblemished Unity candidate that Nigerians can easily identify with and give their support to.

This is coupled with the fact that Governor Bello is a young man with a deep sense of vision and the candid ability for excellent performance and exceptional leadership qualities. these qualities are just what Nigeria as a country are clamouring for at this point in our nation’s history.

As A.P.C the ruling political party, commence the journey to strategies towards the 2023 general election, the leadership and party stalwarts should endeavour to Zero in their focus on those exceptional qualities of Yahaya Bello and consider him as a preferred choice to make the party proud at the presidential polls, particularly the United a safe Nigeria after 2023 should be everybody’s concern.

Hon. Abdulmumuni Danga is the Kogi State Commissioner for Water Resources and writes in from Lokoja, Kogi State.

DR. SALISU OGBO USMAN ; I MET HIM BEFORE I KNEW HIM. – BinMaLik

Alia Blames Akume Over His Recent Woes, Accuses APC Leader of Undermining Him