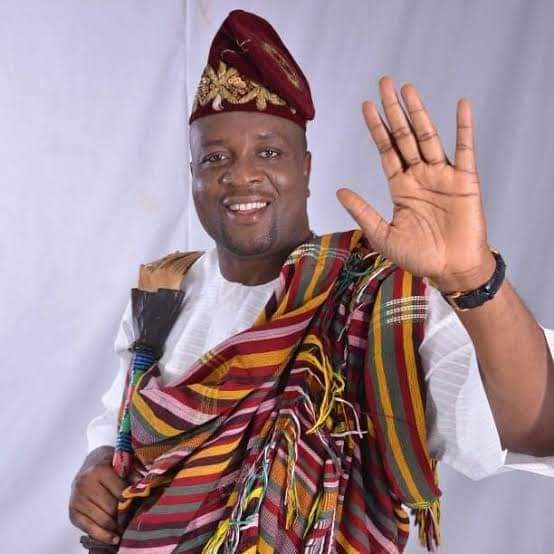 I read with condescending amusement a ‘cafeteria response’ to my article; ‘Iduoriyekemwen’s Frothy Legal Ritual and Political History,’ and I was expecting the writer to take up the issues contained, rather, he went outside the content of the article to be grasping at straws with perfidy. The content of his response was voluminous, to say the least, but nothing of note was said. I consider these types of writings academic, not political, so I am not perturbed. You know those who don’t have anything meaningful to say are the first to call for village meetings just to waste people’s time.

First, the issues I raised were not disrespectful or scornfully abusive, so I wonder why anyone should be pained over them as to warrant derogatory response. I don’t know Hon. Mathew Iduoriyekemwen personally and won’t have been able to appraise his antecedent history apart from what is out there in the public domain. I have not added nor removed, and I am not even revealing any classified information.

The issue of ‘abuse of court processes’ is a matter any lawyer will easily use to dismiss and discard the suit filed at the Edo State Federal High Court by Hon. Mathew Iduoriyekemwen because the same matter is at the Federal High Court Abuja of coordinate jurisdiction. How could he and others bring the same matter that is being heard in Abuja to Edo State for determination? Why did he not rather join the suit there in Abuja? Would the high court in Edo State give a different verdict from that which the Abuja Federal High Court will give? The Federal High Court sitting in Abuja had given a valid order to INEC and PDP to obey, the National Working Committee, NWC, has transmitted a letter to INEC by forwarding names of candidates for elective positions under PDP to the commission in total compliance with the directive of the court. So exactly why the academic wild goose chase back home in Benin?

And if INEC had monitored the congresses from which Robert Esigie claimed Hon. Mathew emerged as the senatorial candidate of Edo South Senatorial District, which was reported by the media (not an illegal parallel primary) what is then the logic behind him asking the same INEC to come to court to show cause why his name is not being accepted by the commission? Are there also parallel INECs? Is this not funny fallacy or an upside down logic? Can you go to ask your father-in-law to give you your wife when you had already claimed your wife is safely at home? *Self-contradictory fallacy is a statement from which no coherent conclusion can be drawn because the statement seems to contradict itself.* By now, INEC would have concluded uploading his data and those others from his camp if truly the commission monitored their primaries. We all know about the Electoral Act 2022 as amended.

READ:  Twerking Video: UNN Student Finally reveals What She Would Have Done After Expulsion Threat

It must be noted that the Edo State Commissioner of Information and Orientation, Andrew Emwanta Esq, does not double as INEC Resident Electoral Commissioner, so he cannot be taken as speaking on the commission’s behalf. He had recently intentionally misinterpreted the Appeal Court decision, which he posted on his Facebook page. This didn’t go down well with most lawyers in the state and some actually called for disciplinary actions. But let’s not chase his known shadows for now.

Why I said Hon. Mathew Iduoriyekemwen shouldn’t have contested the election was on moral grounds. I said I was going to take the article from both moral and legal perspective. And I did explained in details why I felt so. If PDP was destroyed as at when he was in connivance with Al Modu Sheriff that earned him suspension from the Party, where would he have come back to now that he left APC? I think honestly, our actions, political or otherwise, should and must be predicated on tomorrow, not the immoral profit of today.

The mention of Chief Dan Orbih is expected but laughable because all tales must be connected just to score cheap political point that is now a stale commonplace. And to also think I was paid to write this said article should not be taken more than a ‘circus statement’: I am a member of PDP and have the moral and legal authority from my membership to speak on issues concerning the party in the state.

As of today, Hon. Mathew Iduoriyekemwen is a member of PDP, he should withdraw the case from this ‘home’ court and join the process of the long awaited reconciliation that the governor has instituted. The ideology of ‘I must win or I destroy’ must be totally abandoned. In every contest in life, a winner must emerge, and it takes a good sportsman to accept defeat in good faith. If in 2016 a primary that was openly and transparently conducted Hon. Mathew Iduoriyekemwen disagreed over the outcome, and in 2022 he is doing the same by asking INEC to do the unthinkable through the court, it must be noted that this is unusual. We should all have moments of lucid intervals for retrospection.